Do nonprofit executives get paid too much?

A recent article by Boston Globe Spotlight reporter featured my comments on the complexities of nonprofit CEO compensation.   There are many times when a CEO is overpaid, and when that happens it is unreasonable and unfair and the IRS should step in;  more importantly, a vigilant press should keep an eye on it.  This is not one of those cases.

Combined Jewish Philanthropies of Greater Boston, one of the state’s largest nonprofits, gave longtime president Barry Shrage an unusual $1.34 million payment after deciding he had been underpaid for years.

The one-time cash payout was called a retirement payment even though Shrage, 69, has no imminent plans to retire. It was made in 2014, on top of his $563,000 in compensation and benefits, but did not have to be disclosed until the organization filed its most recent tax return this year.

According to the chairman of CJP’s board of directors, Neil Wallack, the payment was authorized after the board compared Shrage’s compensation over the past decade with that of leaders of similar nonprofits and determined he had been consistently underpaid. That opinion was confirmed in an outside consultant’s analysis.

“Because of the great value we deemed Barry to have brought to the Jewish community, we felt he should be compensated at a minimum at this level,” said Wallack, adding that Shrage did not ask for the payment.

Get Talking Points in your inbox:
An afternoon recap of the day’s most important business news, delivered weekdays.

Wallack called Shrage a “visionary leader” whose accomplishments include helping to increase CJP’s charitable assets to more than $1 billion during his nearly three decades at its helm, and supporting Jewish populations in the United States and overseas.

CJP, an umbrella group for numerous Boston-area Jewish charities and one of the country’s biggest Jewish federations, said Shrage was in Israel and could not be reached for comment. It answered questions from the Globe through the Boston public relations firm Solomon McCown. Shrage did not respond to a message left on his cellphone.

James Abruzzo, a compensation consultant to nonprofits who cofounded the Institute for Ethical Leadership at Rutgers Business School, said that while CJP’s move is not routine, the Internal Revenue Service permits nonprofits to do a “look back” to determine if their executives have been underpaid, and to make up the possible difference.

Abruzzo said Shrage’s payment is “not something that would raise a red flag with me,” considering the size and complexity of CJP, which Shrage has led since 1987.

“Any time you make a payment like that, you should be ready to explain it,” he added, “but if the board followed the correct steps, even though it sounds juicy, I can’t say there’s something wrong with it.”

Paul Light, a professor of public service at New York University who has also worked at the Brookings Institution and Pew Charitable Trusts, said Shrage’s payment “has very negative optics for the organization.”

“If he was underpaid, they should have paid him at a competitive rate,” Light added. “Bonuses and one-offs like this don’t look good, and they can suppress giving among people who say, ‘Geez, that’s a lot of money.’ ”

The National Council of Nonprofits, in Washington, D.C., does not offer opinions on the appropriateness of specific compensation packages, and noted that the IRS simply requires nonprofit compensation to be “reasonable and not excessive.”

What qualifies as excessive in the nonprofit sector is a matter of perennial debate.

On one side are those who say that anyone who works in the charitable realm should expect to be paid less than they would in the business world. On the other are people who insist that if nonprofits want strong leadership, they should pay more like corporate America, especially since running a big nonprofit can be as demanding as overseeing a company.

Kathy Postel Kretman, director of Georgetown University’s Center for Public & Nonprofit Leadership, called Shrage’s seven-figure payment — first reported earlier this month by the Jewish publication the Forward — “ridiculous” and “above and beyond what is normal.”

CJP, which has 170 employees and a $66 million annual budget, supports more than 100 other nonprofits domestically and overseas, including schools, synagogues, and social service agencies. Besides grant-giving, its activities include antipoverty and social justice work, as well as mission trips and study tours to Israel.

By comparison, CEO Paul Grogan of the Boston Foundation, a similar nonprofit with more than $1 billion in charitable assets, earned $605,127 in 2014, of which $446,000 was base salary, according to the organization’s most recent tax filing.

“We knew from our own regular annual benchmarking that Barry had been consistently compensated less than the median of his peers,” Wallack said. That view was reinforced by a report from the consulting firm PricewaterhouseCoopers, which declined to comment for this story or provide its analysis.

CJP said Shrage’s pay was compared to that of the leaders of 18 other nonprofits, including Jewish philanthropic organizations, museums, cultural institutions, and public charities, mainly in the Northeast.

Shrage’s compensation package also includes chauffeur services, as well as an auto allowance or leased vehicle. To Abruzzo, the nonprofit compensation consultant, a personal driver for the head of a charity is “probably not a good idea” because, he said, “it just doesn’t look right.” 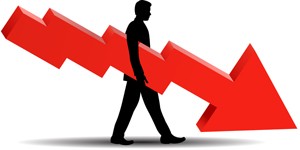